Today I mark a day in my life that I will remember forever, it is eight years since I received my HIV diagnosis. I am a very different person to the 24 year who sat in the clinic side room on that sunny November morning wondering how badly I had messed up my life.

Over eight years I have experienced the full spectrum of human emotions, especially in the times I found myself alone in silence. I am lucky that I have received support and found confidence to channel my anger and frustration, and to shed any feelings of guilt and shame.

The numbers and results that mark my personal journey like pins on a map no longer worry me. I know I am living well and I can’t pass HIV onto my sexual partners. Beyond my personal relationship with the virus, here in the UK we are making amazing strides at radically reducing the numbers of newly infected people.

What troubles me today more than anything else is the out of date narrative that surrounds the condition, I could talk about a number of examples. But in particular ‘stigma’ (or more accurately how the term is used, and my belief that the misuse of the term continues to control the behaviours of people living with HIV) is something that has played on my mind for some time. Maybe this is because I have been such an anti-stigma champion since I outed myself five years ago.

It is all too common to blame this monster in the dark, a beast lurking on the streets than it is our own family and friends, the people we love. 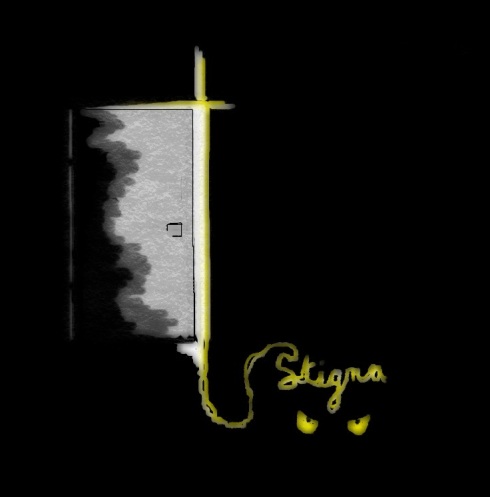 Understandably the latter phrase is something much harder to muster. Most of us don’t want to bad mouth the people we are closest to, even when our attitudes and values don’t see eye to eye. But for how long do we put up with blaming ‘the stigma’ when we should be blaming individuals for their opinions?

Talking of stigma as an entity or a ‘thing’ isn’t the only problem. We also need to stop telling people what will happen to them.

People living with HIV are continually told they will be stigmatised. It happened to me eight years ago when I was first told the news, and it will happen to anyone unlucky enough to test positive for HIV today. To be told you will be stigmatised has become a self-fulfilling prophecy for so many people. Individual circumstances are rarely considered. We are told we will face stigma, and therefore we stigmatise ourselves. We keep this condition private (or worse ‘a secret’) only adding to the sense that it is something to be ashamed of.

In some situations this internalised stigma builds up so greatly that individuals stop living the ‘normal’, healthy lives our communities so proudly proclaim exist in 2017.

When we brand a group of people as ‘stigmatised’ they become a manifestation of the label we place upon them. We want society to treat us with the same respect given to people without the virus. This means we need to live as we wish to be seen. Unashamed and unapologetic.

I am not suggesting we walk around with bells and whistles telling every stranger about our condition at the top of our voice. However, mentioning it in passing conversation, or when it is topical in the news (like many people I know do with the long-term conditions they live with) would be a step towards normalising HIV.

Just because I take issue with stigma, and how we talk to people about it isn’t to say that some people won’t face problems, of course they will. But I believe it is dangerous to continue to hide these issues under the veil of stigma.

Let’s call the problems we face what they are. We should talk about ignorant attitudes, we should discuss prejudice against people living with HIV. We must fight discrimination in the workplace, in education and in our healthcare systems. Standing together, visibly we can bust the myths about the virus and breakdown the misconceptions people have. We should educate the uneducated, especially would-be allies who mean well but are clueless when it comes to HIV.

Most people find stigma hard to define, it is an ethereal concept which is why we end up talking about it like a dark creature. If we share our bad experiences in the language that most people are used to our experiences become more relatable. People can understand and emphasise with us and how we are feeling.

Instead of labelling people living with HIV from day one lets ensure the support is there if and when they need it. Let’s stop telling people what they will experience and let them live their lives on their terms, but importantly, be there for them when they need us.