The past twelve months have been an incredible journey for me in all aspects of my life. I’ve had a great year in work, a once in a life time holiday with my boyfriend and I’ve really got stuck into my personal mission to raise more awareness about HIV.

A sure sign that I’m getting older, this year feels like I’ve been riding a bullet train, yet again I have no idea where the time has gone. The first third of the year I continued to work with REELmcr and our film “I am”. We’re still trying to get the film played in film festivals and until we achieve something with this we’re unable to put the film online but hopefully in 2014 it will get some attention, I really enjoyed doing something completely different to my day job and learning new skills in something that was totally alien to me. It really is different to anything else out there, a documentary told through photographs, with a script based on our own accounts of living with HIV whilst we sat around gossiping, drinking tea and eating biscuits! One of the most special moments of the year was the premier of the film at Manchester Town Hall which I was able to invite my closest friends to.

The question is not,

“What makes us different?”

The question should be,

“What makes us the same?”

After a few months of working on the film it was nice to take a break and recharge the batteries on my trip to the USA with my boyfriend. It also allowed me to relax before starting a new job at work in May. The holiday was fantastic and we both had an amazing time, more surprisingly neither of us ended up murdering the other. I would not be as strong as I am without my boyfriend’s support; he is there in whatever I do, even if he doesn’t necessarily believe it is a good idea. I couldn’t ask for more from him. 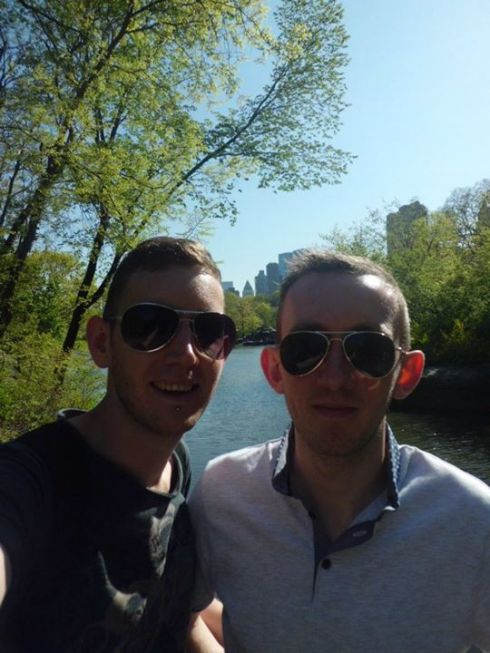 The three week rest from thinking about work, life and HIV set off something of a time-bomb when I returned to the UK, I re-launched my blog and the first post was mostly a rant about people who are either afraid of, or against the notion of ‘activism’. I’ve met a lot of people in 2013 who seem afraid of the virus becoming too much a part of their life, the fact is that can happen if you let it, but if you take time out from the virus it really isn’t a problem. I probably don’t talk about my private life as much as I used to as it is pretty routine and mundane. My posts have grown from personal accounts of living with the virus to my opinions about how we need to fight the virus and stigma… and the main reason for this is because there is only so much I can write about taking medication or visiting the clinic without repeating myself.

“It’s not enough to sit down and think, ‘this doesn’t affect me’ or ‘I’m over it’, because HIV isn’t over, and until it is there’s a job to be getting on with”

My enthusiasm to do more to raise awareness meant I could put a lot of energy into THT’s “It Starts With Me” campaign, putting in a lot of support via social media as well as sporting the fetching purple tee shirt with the campaign slogan on it.

There are over 90,000 people in the UK living with HIV

Over 60% of gay and bisexual men living with HIV are in London, the North West and the West Midlands 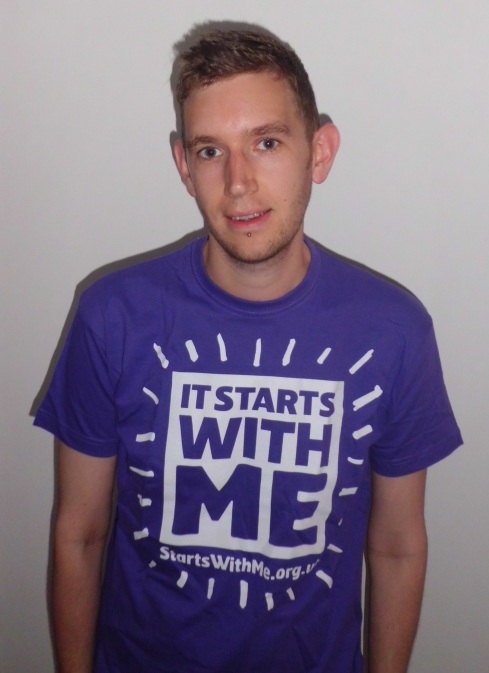 At the end of the summer I went a little quiet: I had a lot going on personally, I started another new job at work, had to move flats and say goodbye to one of my best friends as they left to spend a year in Australia. Losing a supportive person was quite emotional, although if you know us both you would think I would be glad to see the back of him – both of us are guilty of tormenting the other! It wasn’t all stress and worry during this time though; I achieved my highest CD4 count since I started meds in 2009, 577! My next bloods appointment is next Monday, January 6, it will be interesting to see if I can maintain a high count, I’m a bit anxious but equally optimistic and fully aware it’s the trend not individual results that I need to focus on. 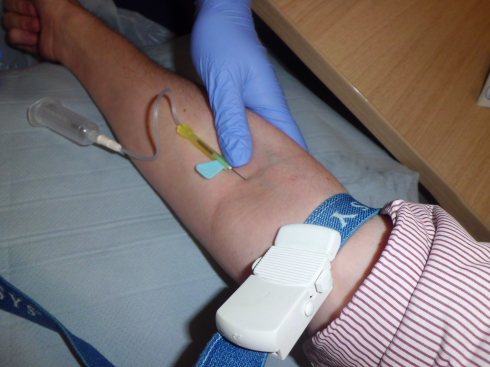 The final third of the year is probably the one that has flown by the fastest. I was over the moon to attend Positively UK’s People Living with HIV Conference in London at the end of September. More than taking away new information about the virus it was just fantastic to be in a room surrounded by other people in the same situation as myself, I’ve mentioned it many times that I know few people in ‘real life’ circumstances who are HIV positive, so I never take opportunities for granted when I am able to socialise and work with others in the same boat.

November brought the fourth anniversary of my HIV diagnosis. I cannot say enough times how humbled I am by the support from not only family and friends but total strangers as well. It also marked a year since I decided to be publicly open about my status, a decision I have NO REGRETS about, if you are thinking of doing the same, then please think about it carefully and make sure you have support around you in case there is any backlash, but it still is the most powerful and uplifting experience of my life.

‘Coming out’ has given me so much more confidence over the past year, I am still a fairly quiet and shy person around people who I don’t know but you’d be a fool if you believed I didn’t have the balls to stand up for myself and fight my own corner. I pushed myself by allowing the Metro newspaper to interview me for World AIDS Day, and I am so glad I did. I’ve been amazed as to how many people the piece has reached out to; I’ve had messages from all over the UK and as far away as Germany, Botswana and New Zealand. The article was a perfect end to a year of raising awareness, fighting stigma and being open, and without shame that I am HIV positive.