Skip to content
Posted on May 25, 2013December 29, 2019 by Alex Posted in My first decade, UncategorizedTagged AIDS, HIV 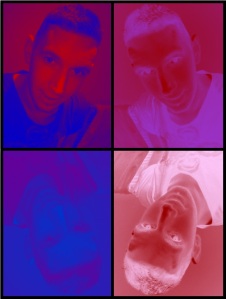 Ever since I can remember there was one appointment that I would dread more than any other, some kids don’t want to visit the doctor, others the dentist, me? The HAIRDRESSER! I’m not really sure what it was that I was afraid or nervous of, I never had visions of having my ear chopped off or nightmares of being decapitated in the chair and my barber was very friendly. I’m still like it to this day, I think of plenty of excuses and reasons why I can’t go for a good couple of days every time I realise my hair needs the snip. I put it off and then eventually I just sort myself out, get to the shop and have it cut.

And there are plenty of parallels of this experience when you look at people living with HIV as well. I’ve spoken about meds before but I’ve always believed ‘if it’s worth saying, say it one hundred billion, gazillion times’ and I usually do! Medication is an emotive issue that every person living with the virus has to deal with, when to start, if to start, wanting to start and being told ‘no’ or being advised to start and refusing to. Everyone faces these decisions or the news differently and you can’t deny the fact that the decision is important, or that receiving such news can be a little alarming.

I think the reason most people are afraid of medication, and discussions surrounding it are due to the fact it is a reminder of the virus. Living with HIV with a healthy CD4, for example of 750, you can go about daily life never even thinking about the virus, the only time you might be reminded of it would be at your clinic appointments or if it came up in a news article or was mentioned on a TV show. This all changes when you start meds. Meds are taken daily, even when taking them becomes as routine as brushing your teeth, it is still a reminder that you are living with HIV. So when faced with the idea that you might have to start taking meds I can appreciate why some people want to put the decision off, create distractions or keep themselves busy with anything other than coming to terms with their new reality.

I was very lucky in a lot of ways that I was receiving the news that it was recommended I start meds very soon after my actual diagnosis, to me it made sense, my initial low CD4 results aside , I held the attitude lets beat the crap out of the thing from the start, why wait!? Many others feel the complete opposite. Online I am coming across more and more people who don’t want to start medication and wish to live with their HIV without them. I can’t understand this myself, I get why people might be afraid, or even angry. But I don’t understand how punishing yourself by deliberately forcing a decline in your health is doing anyone any good, least not those who surround these people with love. It isn’t you who will suffer, in the end it will be the family and friends who stand by and watch you die, slowly. I couldn’t do that to the people I care about the most.

As I said, it’s an emotive issue and only the people who make the choices can fully know why they’ve made the ones they have. I just think you have to be sensible about it, medication has been invented to make you better and healthier, to prolong your life, it is prescribed because it has been trialled and works, the same way we get our hair cut to keep it better and healthier, and because we know socially we’re more likely to be accepted looking smart than looking like a knotted ducks arse. Side effects are not compulsory, many people on medication (of any type) experience no symptoms whatsoever; in the same way that very few people have ever had their barber stab them in the head with the scissors. But at the end of the day like all choices, you can put things off but sometimes you realise later you were stupid for doing so. Like today, I finally got my hair cut after bypassing the salon for a week, and I feel great, I no longer have bad hair and I had a large smile on my face walking home!