Following my diagnosis it was a mere three months before I met my ex-partner. He was someone I spent another six and a half years with until we broke up at the end of last summer. I think I am in a little bit of an unusual situation; living with HIV for 87 months but during that period only being single for nine of them.

I’ve been avoiding dating since the split, enjoying time by myself and busying myself with work, family and friends. Over the past few weeks I’ve been toying with the idea of getting back out on the dating ‘scene’ but realised I didn’t even know where to start. There have been two things on my mind. Firstly the tales and horror stories from other gay men living with HIV I’ve heard time again since my diagnosis and secondly the fact that I haven’t been on a ‘new’ date for seven years. 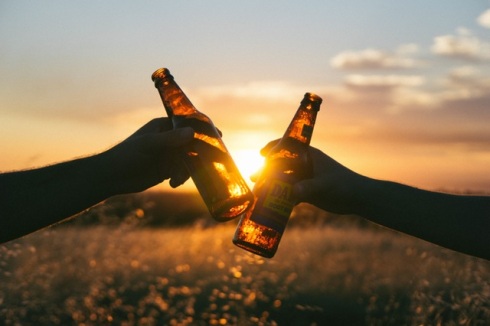 Forget HIV and what might happen when I talk to guys about it – I can’t even remember how to talk to guys in the first place.

As with anything else this wasn’t going to change by avoiding the situation and not having a go, so a couple of days ago I decided it was time to bite the bullet and signed up to a dating app. This was an experience in itself. My previous relationship may have started seven years ago, but the last time I completed a dating profile from scratch was many months, if not years before that.

So I negotiated my way through the weird and intrusive questions (why the hell would anyone care about my parents marital status?) and managed to produce a description which I think sums up my life and a bit of a picture of me – or how I think it looks on a good day – uploaded a few photos and I was good to go.

I chose not to reveal my HIV status in my bio. This was a challenge for me, I consistently promote being open about it, I have no issue talking to anyone about it. But I thought long and hard and decided that this was going to be a new experience so it wouldn’t be a clever move to potentially make it twice as anxious or problematic.

At the moment I think I made the right decision, I’ve spoken to a few guys and the fact I have HIV has flown into the conversation naturally as I’ve been chatting about my job. There are no horror stories to report and no crazy prejudicial remarks thrown my way. Hopefully I’ll have as good an experience as I did prior to meeting my last partner. I am not rushing to look for anything still at the moment, but I am not going to find anyone when I am ready by hiding away.

2 thoughts on “Toe in the water”