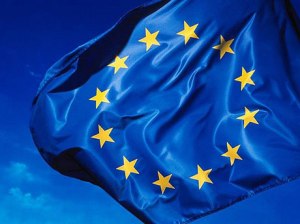 If we are to believe the latest opinion polls UKIP could be heading for a landslide win this Thursday in the European Elections, with latest figures suggesting 35% of Brits certain to vote opting to choose them over the other major political parties.

Historically the European Elections have always been seen as an opportunity for many people to ‘protest vote’ but you can’t deny the popularity of UKIP is growing and an alarming rate. The country seems to be at a Eurosceptic high with people blaming the lack of jobs and opportunities on us being in the EU. We can’t ignore the dangers of UKIPs popularity anymore, presuming it will fade away after the upcoming elections.

If UKIP had their way they would cut spending in the NHS, in vital areas, and speed up privatisation. This can only be a bad thing for people living with HIV, and if you access HIV specialist care but weren’t born in the UK then you have even more to worry about: Farage has publically stated ‘British’ people should come first. And that’s why the EU, and remaining in the Union is important. HIV isn’t a national issue, it’s global. The virus isn’t confined by international boundaries, it does not recognise borders or the political atlas.

The EU is commissioned to fight HIV/ AIDS not only in member states and Europe but our neighbours as well. Those of you who read the statistics I recently posted of Eurovision participant countries will have taken note about the struggle Europe still faces 30 years after the discovery of the virus. This isn’t a virus that any nation can fight alone. Bucking the global trend Europe is seeing an increase in HIV infection rates, primarily in the East in countries like Ukraine and Russia, but also closer to home here in the UK. From 2011 to 2012 the EU itself saw a 1% increase, this seems small but is representative of thousands of newly diagnosed people now living with the virus.

The EU provides political support to improve access to prevention, treatment, care and support. It doesn’t look to discriminate against migrants from countries with a high prevalence of HIV, it actually looks to engage with them and finally it seeks to make improvements to policy that targets the populations of European communities most at risk to HIV such as MSM or intravenous drug users.

HIV shouldn’t be a party political issue, it is a basic human right for people to receive the necessary care they require to maintain a healthy life. Unfortunately there are people who don’t believe in these rights and would look to take them from us. Being in Europe is only a good thing for people living with the virus, together in Europe we are stronger, can pull resources to educate and combat stigma.

If you are registered to vote, please exercise this right on Thursday and have your voice heard.